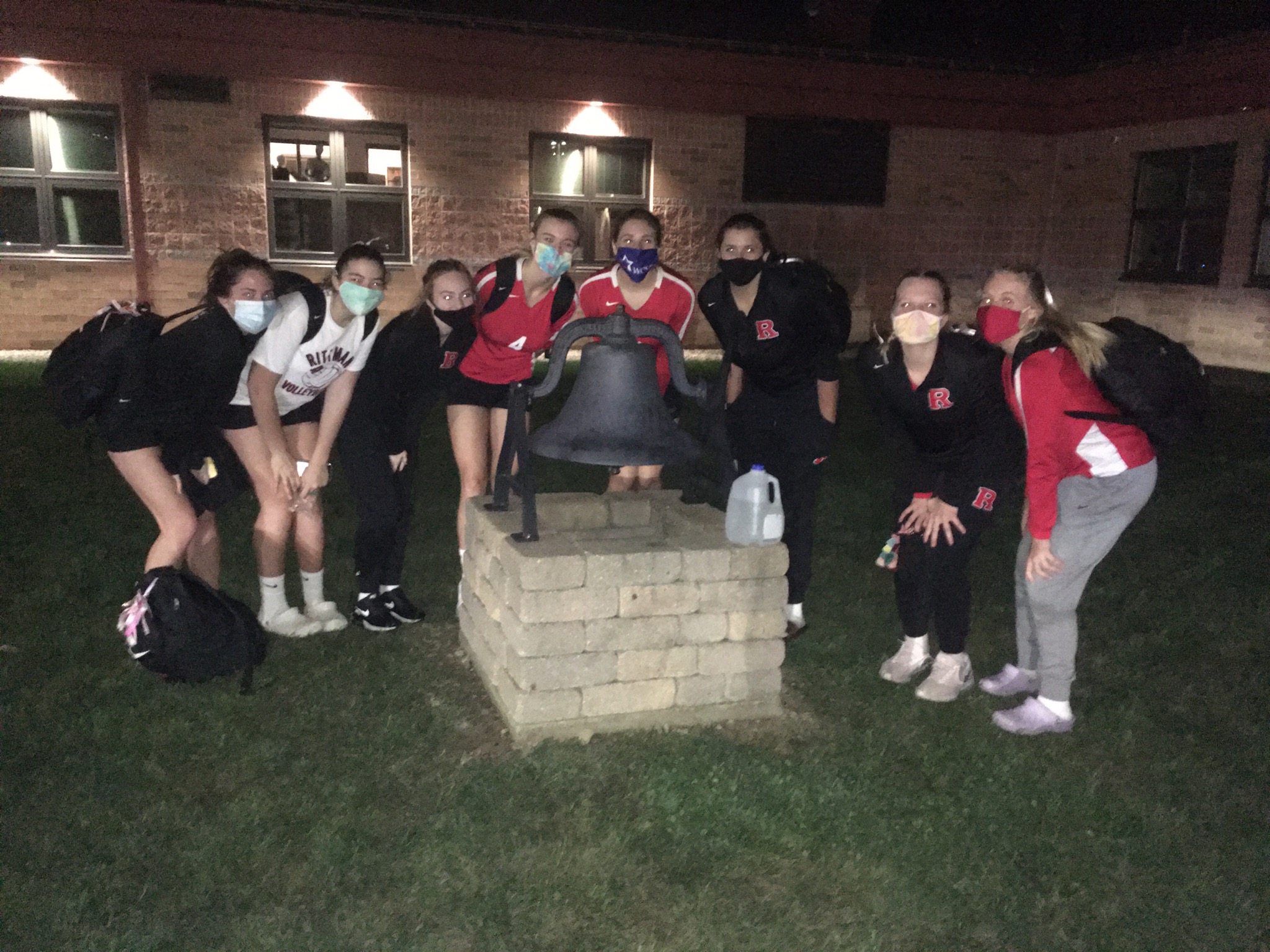 Leading the Indians in serving was senior Sarah Hovest with 2 aces and 13 points, junior Madison Dudich with 2 aces and 13 points, senior Brianna Hill with 1 ace and 7 points, freshman Kendall Fosen with 7 points, senior Miranda Brainard with 2 aces and 3 points, and freshman Gabbie Swartz with 4 points. Offensively, the Indians had a monster night, as 2 players saw double digit kill totals. Gabbie Swartz had a career high in kills, as she hammered down 16 kills for the evening. Faith Collins also had a career best in kills at Rittman, as she smacked down 15 kills. Also getting kills for the Tribe were Sarah Hovest with 9 kills, Miranda Brainard and Makayla Yarman each with 2 kills, and Brianna Hill with 1 kill. Setting up the attack was the freshman setting duo of Kendall Fosen and Gabbie Swartz. Fosen ended the evening with a career best in assists, as she had 25 assists. Swartz added 8 assists. Other Indians with assists were seniors Brainard, Hovest, and Hill, each with 3, 2, and 1 assists, respectively. Senior middle hitters Sarah Hovest and Faith Collins throttled the Bobcat offense at the net, as Hovest had 7 blocks and Collins had 6 blocks during the game. Digging the Bobcat attack up on defense was senior libero Brianna Hill with 23 digs. Also adding digs were Gabbie Swartz with 13 digs, Madison Dudich with 11 digs, Miranda Brainard with 6 digs, Kendall Fosen with 4 digs, and Sarah Hovest with 3 digs.

The Indians play next week on Tuesday at Hillsdale, Thursday home against Northwestern, and next Saturday at Our Lady of the Elms. Keep the momentum rolling Rittman!